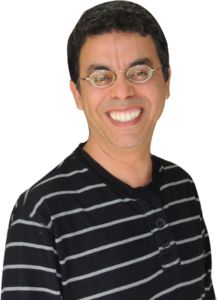 Your Guide To Freedom

Welcome to the first online only holistic and wellness tele consultation practice. Since 2008, we have done thousands of consultations helping clients find health, freedom and happiness worldwide.

Why don’t you join us?

How long before you contacted me: Almost one year after diagnosis

What did you try before contacting me? Before working with Fouad, I was prescribed Clomid by my OBGYN and took the drug for more than six months with no ovulation.  My OBGYN referred me to a fertility specialist (endocrinologist) to treat the infertility.  I continued Clomid for another 5 months and also took Metformin (a diabetes medication) prescribed by my doctor for the infertility.  My husband and I tried 3 rounds of intrauterine insemination (IUI), none of which resulted in pregnancy and one of which resulted in hyper-stimulated follicles.

How was your health situation then? My health physically and emotionally during this time was definitely not optimal.  I gained nearly 12 lbs. despite following a diet that I believed to be “healthy” and exercising 6 days a week.  I frequently suffered from constipation, bloating, poor sleep, and stress and anxiety.  I had 3 urinary tract infections within a year and a half time.  I was unable to ovulate and my cycles were irregular, sometimes as long as 50+ days apart.

How did you hear about me? I was referred to a Fouad by a friend who has been consulting with him and experienced many positive health changes.  I had gotten to the point where I no longer wanted to take the medications or undergo another round of IUI.  My doctor recommended in vitro fertilization (IVF).  I was emotionally worn out and my body needed a break from the medications.  I decided to call Fouad to try a holistic and natural approach for at least six months while my husband and I considered whether we wanted to try IVF.

What happened after the consultation? In our initial consultation Fouad asked a lot of questions — more questions than I had ever been asked by any of my doctors.  I stopped taking Clomid and Metformin in July.  Fouad advised I monitor my blood sugar and explained to me how to do it at home.  To my surprise, my blood glucose readings indicated I had NO issue producing insulin or needed to use Metformin.  I made some immediate changes based on Fouad’s consultation:  cutting out caffeine, gluten, soy, and dairy.  It was a strict elimination diet but I stuck to it, figuring I owed it to myself to give it a try.

How long did it take you to feel better? I began consulting with Fouad in late July/early August 2015.  Within a week I noticed significant changes in digestion and less bloating. My energy level was high despite giving up coffee (which had been a daily habit.)  I suffer from seasonal allergies almost year-round and took Zyrtec every day for 7 months of the year.  However, within a few weeks, I no longer needed to take medication and was not suffering from allergies.  I have not taken Zyrtec in more than 8 months.  Within about a month I lost a little more than 6 lbs. just from a change in diet.  The best news was I learned I was pregnant in early October 2015.  My husband and I are expecting a baby boy in June 2016 and I have had a completely healthy pregnancy.

Would you recommend others to my services? Yes, absolutely.  It may be a difficult adjustment at first depending on the nature of your health issue(s).  However, you only get one body in this life and you owe it to yourself to give a holistic approach a try.

Diagnosis: My diagnosed medical conditions first started in 2002 with severe Acid Reflux and was shortly diagnosed with Dysphagia and GERD with a lower esophageal sphincter that was weak, damaged and non-repairable.  I was put on various strong medications for that which I took for the next 10 years, the last of which was Nexium 40mg twice a day and Reglan (Metoclopramide) 4 times a day.  In 2004 I was diagnosed with Type II Diabetes and Hypertension.  I was put on medications of Glucophage, Mavik, Cholesterol Pill and Baby Aspirin 81mg.  After a few years of use these medications had the effect of weakening my bones, tendons and ligaments.  My tendons were easily tearing on various parts of my body starting from my left bicep and then my right.  I was prescribed Vitamin D supplementation.  In August 2012 while attending school I was given a series of Vaccinations (Swine Flu, Hepatitis and others) all at the same time.  A few days later I started to feel like passing out at random times, many times while I was driving or working.  My breathing became very difficult.  Soon my swallowing (Peristalsis) was affected to the point that I was told it was arrested in some parts along my GI tract.  Following this I was hospitalized in and out for a month.  I was disoriented most of the time.  I developed what they told me was a severe Autoimmune situation which also led to Severe Anxiety.  Medications of Reglan continued with higher doses but they didn’t realize until a month later that I was allergic to it and it was eating the myelin sheath of my nerves leaving me unable at times to walk/move and at other times shaking with a tick.  The anxiety medication of Zanax along with Reglan led to Depression, Hallucinations, Nausea, Vomiting and Severe Hot/Cold bouts which resulted in them giving me anti-psychotic medication (Citaprol along with Zanax).  I was hospitalized and received nutrition intravenously. I lost about 60 lbs in that period.  Finally, they told me I had to remove my gallbladder because they saw something “not good” and they sent me to Duke Medical to get a check for Cancer.  At that point I had developed such a phobia of hospitals that I refused hospitalizations and medications.  I requested to go home and refused further help as well as medications.  I was very weak, tried to eat but gave up on life.  I was tired and ready to die.

How long before you contacted Fouad? I was referred by friends to Fouad and forced to contact him by phone in October 2012.

What happened after the consultation?After the consultation I honestly thought it was a waste of time, but he seemed trusting for some reason to me.  It probably was mainly because of his conviction and people I actually knew who had problems and were healed with his help.  He told me to consult my doctors to slowly wean off my meds, but I had thrown them all away except for the zanax and depression meds.

How long did it take you to feel better? He promised me in 10 days I would lay flat on my bed without any Acid Reflux (I slept with a lifted bed and acid reflux for over 10 years as it was impossible to do without it and even then I suffered).  On the 11th day after a struggle to walk for 20 minutes I got tired and fell asleep flat on my back for 12 hours.  No Acid Reflux.

How much time now since you’ve been healthy?It took me about 2 years to completely heal because of all the complications I had.  He took me and one thing at a time we healed everything.  A clean slate was given to me after my last medical exam in 2014 by my doctors…….Alive, no diabetes, no hypertension, no acid reflux, bone loss stopped, no depression, no anxiety, full of energy, good sleep, no acid reflux, no cancer (still have my gall bladder)….everything was gone.  The medication reglan did leave its mark with some very small nerve damage but that’s all.  In end of 2014, with much spiritual support from him, I was healthy enough to get married and now have one baby and second one on the way.

Would you recommend others to his services? I recommend everyone with a sickness to try Fouad.  I have already recommended many family members and friends including the closest ones to me.  They are seeing the results themselves.  I really thank him with all my heart.  He is a good guide on the road to healing, a true teacher, a great brother in humanity and a good person. 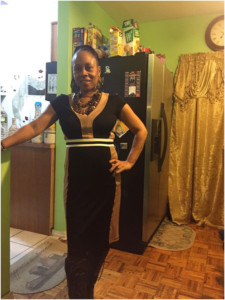 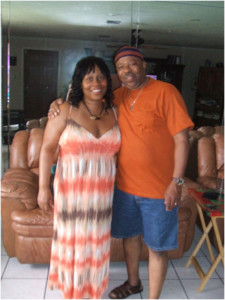 How long before you contacted me? 5 years

What did you try before contacting me?took medicine n ate lots of tums,went to several doctors but the problem still existed.

How was your health situation then?Allergies severe sneezing everyday all 4 seasons.

How did you hear about me?my co-worker referred me to you

What happened after the consultation?I pray about and ask God to help me follow the instructions and the menu I received from you.

How long did it take you to feel better?the first 21 days the burping was not as constant as before and I was going regularly.

How much time now since you’ve been healthy?1 year

Would you recommend others to my services?yes and I have been giving your number to my family and friends to help them get on the path to a life time of eating healthy and exercising. 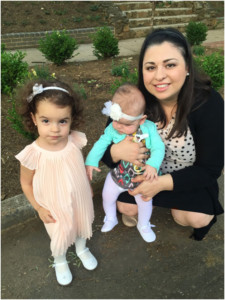 How long before you contacted me: I had preeclampsia with my first pregnancy that ended with me delivering at 33 weeks. I contacted Fouad before we started trying to get pregnant with our second child to get my body ready for a healthy pregnancy

What did you try before contacting me? I tried watching what I ate and being more active but I didn’t know the right things to eat

How was your health situation then? Not the best. I was overweight and not eating right. He helped me lose close to 40lbs before I got pregnant in just a matter of a couple of months

How did you hear about me? A friend of mine tried Fouad and had great results

What happened after the consultation? After talking with Fouad and discussing my health in depth, I realized truly how unhealthy my lifestyle was and how badly I needed to make adjustments. Fouad knows so much about health, and just what your body needs to fix whatever problems you are having. He was able to tailor a plan specific for me

How long did it take you to feel better?In a matter of days. And the longer I did the diet plan the better I felt. Felt younger, more energetic and over all refreshed

How much time now since you’ve been healthy? I’ve been following Fouad’s diets for over a year. I started having issues with my blood pressure with my second pregnancy and came close to losing the baby. Fouad helped me have a healthy pregnancy and got me to full term this time. I also was able to avoid taking blood pressure medications, and being put on a high risk post-partum unit this time

Would you recommend others to my services? I highly recommend Fouad! He will help you with any health problem that you might be having. He’s a miracle worker